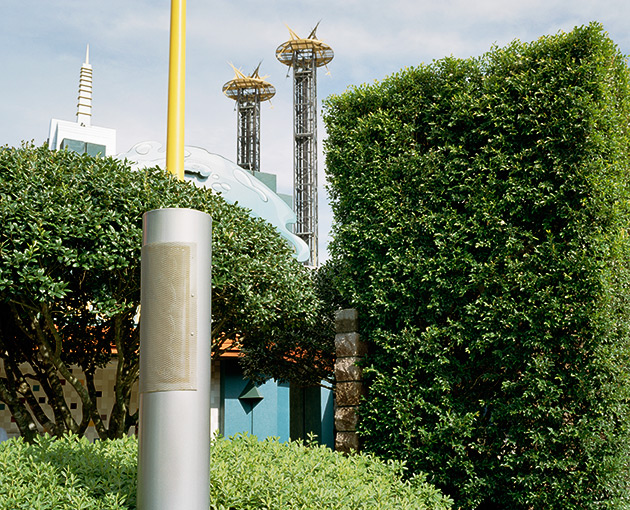 To suspend our disbelief is to submit to an alternate reality. Theme parks, fairs, zoos, arcades and other physical institutions of entertainment offer just the kind of illusion necessary for this escape.

Growing up largely in Florida where tourism is the state's largest industry, the cultural emphasis on recreation was permeating and inescapable. I became aware that the allure of these attractions is as present as the willingness to submit to a prescribed experience. By photographing the intersection of a designed fantasy with it's necessary facade, I seek to explore how imagination and truth intertwine under the weight of observation.

Work on this project began in Florida but has since broadened to include sites throughout the United States and abroad. Images from this series are made with a medium-format camera using color negative film and finalized as large scale archival inkjet prints.